Manufacturing Rebounds in June, But Slump Persists in the Northeast 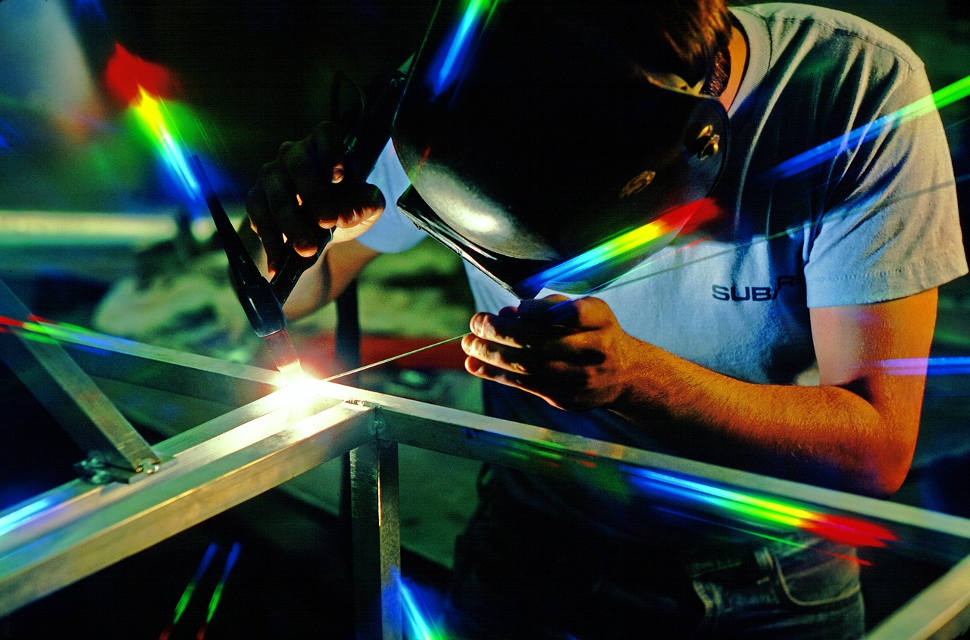 In what is a pattern over the past several months, increases in June were heavily concentrated in the South and West with the addition of 20,800 and 18,900 blue collar jobs, respectively. The Midwest also fared better in June, with an increase of 11,400 blue collar jobs. This is compared with the upward revision of 4,100 jobs in May, previously reported as a 1,700 net increase.

The Northeast continues to be the weakest region in terms of job growth in manufacturing and construction. It actually was the only region in the country to see construction job loss in June. Looking at the net change over the past 12 months, the Northeast has added only 15,200 blue collar jobs compared with 178,400 in the South, 155,100 in the West, and 70,700 in the Midwest.

Construction added 21,000 jobs last month, a rebound from the revised upward gain of 5,000 jobs in May. Once again, the majority of these jobs were based in California. The Golden State added 11,900 jobs in June, and in the last 12 months, construction jobs have increased by over 40,000, bringing the number of jobs back up to prerecession levels.
So what is driving growth in the sector? As we’ve mentioned previously in these updates, California is in the middle of an affordable housing crisis. According to CalMatters, the population is growing, rents are rising and renter income isn’t rising fast enough to keep up. Gov. Gavin Newsom has set an ambitious goal to build 3.5 million homes by 2025, but there doesn’t seem to be a clear legislative path forward. And while new housing permits, much like construction jobs, have increased since the Great Recession, so far the state isn’t meeting its yearly targets.

Of course, construction jobs also include nonresidential buildings and infrastructure projects. We don’t know yet which parts of the sector are driving job growth. The Quarterly Census of Employment and Wages includes that information, but data for the first quarter of 2019 won’t be available until later this year.

Aside from California, Texas, Georgia, Florida and Arizona also saw big increases in construction employment with 6,100, 2,000, 1,900, and 1,800 jobs, respectively. It’s safe to say western and southern states drove most of the sector’s growth in June; however the biggest decrease in construction jobs last month was in Nevada, with a loss of 4,200 jobs. The sector has seen steady growth in the state since the end of the Great Recession, so June is likely a blip.

Louisiana and Connecticut also experienced losses in construction, with 1,800 and 1,100 jobs, respectively. Most job loss in the sector was concentrated in the Northeast and some midwestern states.

In positive news, manufacturing added 17,000 jobs in June. This is the first substantial increase in jobs for the sector since December 2018. The bulk of the growth was split pretty much evenly between the Midwest, South and West, with the top states — Tennessee, Texas, Iowa and Michigan — adding 3,100, 2,100, 2,000 and 2,000 jobs, respectively.

While this is good news, it should be noted that the sector has only added a net 45,000 jobs in the last six months. Compare that with 122,000 jobs added between July and December 2018 and 142,000 jobs between January and June 2018. Basically, manufacturing has a lot of catching up to do. This is also reflected in data from the Fed, which reported that while manufacturing output rose 0.4 percent last month — a 0.2 percentage point increase from May — factory production decreased at an annual rate of 2.2 percent in the second quarter. This follows a similar decline in the first quarter.
The other issue is that wages in manufacturing continue to lag the overall average wage. This varies by state, of course. In North Carolina, which lost the most manufacturing jobs in June (1,800), workers were paid on average $18.26 an hour last month compared with the average overall hourly wage of $25.42 per hour.  North Carolina has added 27,500 manufacturing jobs since the end of the Great Recession but is still below prerecession levels by 62,600 jobs. In Pennsylvania, which had its first increase in manufacturing jobs since December 2018 (+400), workers were paid $21.38 per hour last month compared with the average overall hourly wage of $26.05 per hour.

There’s no doubt June was good news for manufacturing, but it’s worth waiting to see whether this will continue into July or if last month was an anomaly. And if the slump is over, are the jobs that are coming back good jobs?

Finally, mining and logging jobs decreased by 1,000 in June. Texas, the Lone Star State, was truly the lone star when it came to job growth in the sector, adding 1,100 jobs. Thirty-five of the states that don’t combine mining and logging with construction added no jobs or lost jobs.

Looking at mining and logging separately, the mining sector, minus support activities, lost 1,300 jobs while logging jobs increased by 1,000.Overall, this report is an improvement over the previous months with the addition of manufacturing jobs and the continued growth in construction. The nationwide manufacturing slump might be over. It’s better to wait until the July numbers are released before we declare the slump dead. But, it remains clear that the economy is not working for everyone, especially in the Northeast.