May Marks Another Weak Month for Blue Collar Jobs 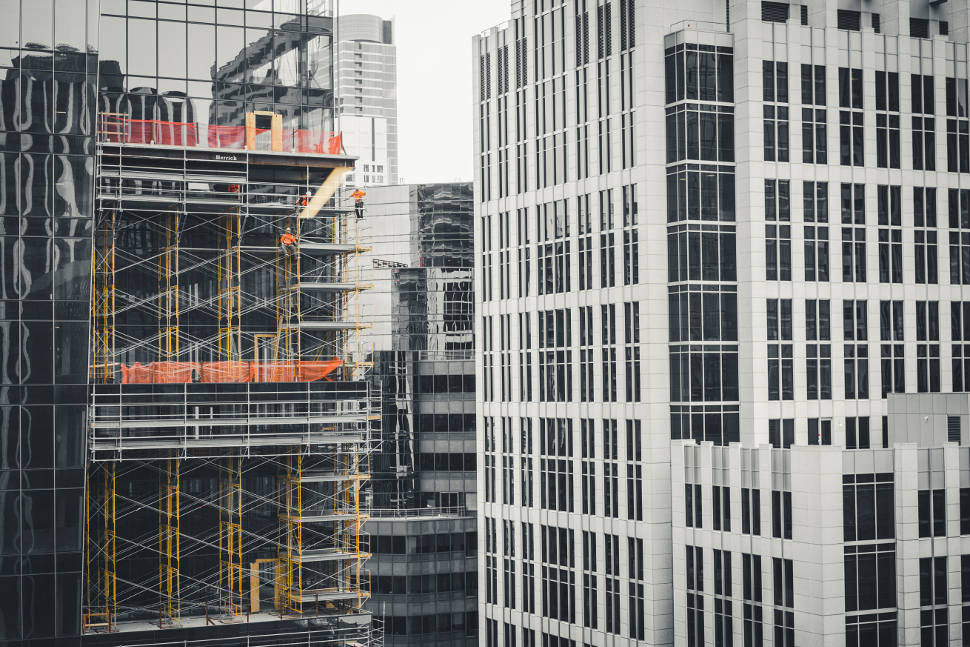 Jobs in construction, manufacturing, and mining and logging increased by 8,000 jobs in May.  The story here is the continuing weakness in manufacturing and mining and logging now coupled with a dismal month for construction. But looking at individual states and regions, a clear picture is starting to emerge about who is winning and who is losing in the current economy.

By region, the West and South reported the biggest increases, with net gains of about 16,000 and 9,500 blue collar jobs, respectively. The Midwest experienced a mild May, with only an increase of 1,700 jobs, and the Northeast had another bad month with a loss of 9,100 jobs. Last month, we attributed negative growth in the Northeast to what was likely a blip, but it’s worth paying attention to this region over the next couple of months.

Construction gained 4,000 jobs last month, which is substantially weaker than April’s 30,000 increase. It’s too soon to say whether this is indicative of a slump, like what’s happening in manufacturing. Month-to-month numbers vary. Besides, not all the news was bad.

California had a pretty good May. Construction jobs increased by 12,800 in the state, the highest in the nation. That brings the three-month average (March to May) to 10,066 jobs, impressive when compared to the previous three months (December to February) with an average decrease of 4,133 jobs. It would be interesting to know if that’s the result of an uptick in residential or nonresidential construction. The state is in the middle of an affordable housing shortage. Gov. Gavin Newsom has set an ambitious goal to build 3.5 million homes by 2025, and State Senator Scott Weiner, D-San Francisco, had recently introduced, for a second time, a bill in the state legislature that would’ve prevented cities and towns from banning high-density housing development near transit centers. The bill would be a boon for residential construction in the state, and supporters, which included developers and unions,  expected the legislation, SB-50, to at least pass the Appropriations Committee. But the bill has stalled yet again.

California wasn’t the only state in the West to experience growth in construction. Washington and Nevada saw increases of 2,200 and 2,000 jobs, respectively. Expansion also continued in the South. Florida and Texas saw increases of 5,500 and 3,300 construction jobs, respectively. Recently an article in the Wall Street Journal, however, made the argument that using the Census’ definition of the South and not the definition agreed to by “historians and economists” inflates growth in the region by including Texas, Florida, Maryland, and Delaware. (The “historic” South defined in the article consists of Louisiana, Mississippi, Alabama, Georgia, North Carolina, South Carolina, Virginia, West Virginia, Oklahoma, Arkansas, Tennessee, and Kentucky.) Using this definition of the South, jobs increased by 3,200 in the region, with most gains in Georgia and North Carolina. This still outperformed the Northeast and Midwest, which had a mediocre May with losses of 7,100 and 1,300 jobs, respectively. But as we’ll see with manufacturing, it’s worth paying attention to distinction between Census’ definition of the South and the historic South.

Finally, New York had the biggest loss in construction, with a net loss of 5,500 jobs, followed by Massachusetts with a decrease of 2,300 jobs. It’s worth noting that West Virginia is yet again in the top 10 states with a decrease in construction jobs. The sector has taken a sharp dive over the past four months and is now 4,000 below the peak reached in January of 51,200 jobs.

Manufacturing jobs increased nationwide by 3,000, continuing a four-month slump. Though job growth remained on par with the prior three months, the Fed reported that manufacturing output actually increased in May by 0.2 percent, despite an average decrease of about 0.4 percent per month for the first four months of the year. Production of durable goods gained 0.3 percent, with increases of more than 1.0 percent in wood products; machinery; electrical equipment, appliances and components; and, motor vehicles and parts.

Ohio had the largest increase in manufacturing jobs in the nation, with an addition of 2,400 jobs. This reverses most of the losses over the last several months, but the state is still 56,400 jobs below its prerecession levels.

Florida had the second largest increase, with 2,000 manufacturing jobs. Florida is only 6,100 jobs below prerecession levels and has seen steady growth in construction and manufacturing. Since the Census considers Florida part of the South, it’s worth looking at the two definitions raised earlier. The South, as defined by the Census, saw a net increase of 800 manufacturing jobs in May, but looking at the “historic” South, there was a net decrease of 800 jobs. This lends credence to the Wall Street Journal’s argument that a lot of growth we’re seeing in the South is in states not recognized by some as the “real” South.

Among the states with the largest decreases in manufacturing, Michigan again was the highest with a net loss of 2,000 jobs. This is the third month in a row the state has seen a decline. It’s also worth noting that New York experienced a decrease in 800 jobs, bringing its loss to 100,800 jobs  since the Great Recession. Coupled with small losses in New Jersey and Pennsylvania, the Northeast lost 1,900 jobs last month and is the only region in the last 12 months to experience a net loss in manufacturing jobs.

Lastly, mining and logging jobs increased by 1,000 last month. The three-month average (March to May) is 670 jobs, which is below the previous three-month average (December to February) of 2,330 jobs. Examined separately, logging increased by 400 jobs, while jobs in the mining sector minus support activities increased by 100. Small gains in Louisiana and New Mexico — 500 and 200 mining and logging jobs, respectively — were offset by losses in Oklahoma, Texas and Wyoming — 900, 400 and 400 jobs, respectively.

Overall, this is another bad report in a string of bad reports for most blue collar jobs. Construction remains a bright spot, but only in certain regions. It’s likely that May is an anomaly for construction. There are plenty of variables we can’t account for here that affect construction job growth state by state, such as weather or policy changes like California’s attempts to increase housing development. Manufacturing is a different story. We now have four months of data that show the sector is in a slump, and as Dean Baker wrote recently, Trump is doing very little to help. The Bureau of Labor Statistics will release the June jobs numbers next week, so we’ll find out soon if things are getting better or worse.