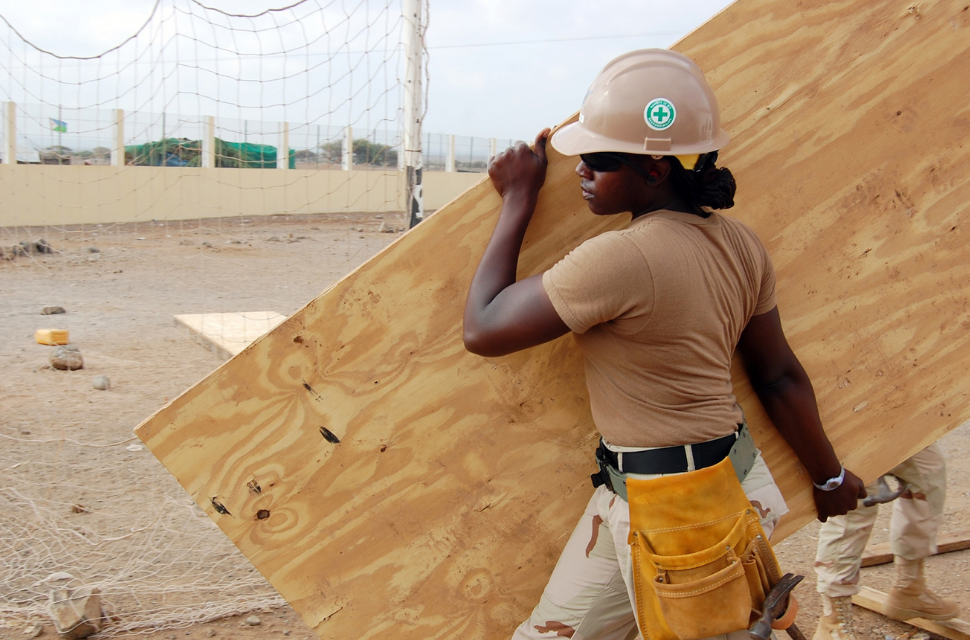 Employment in construction, manufacturing, and mining and logging increased by 107,000 in October, or 0.53 percent, according to the latest state jobs data from the Bureau of Labor Statistics.

Construction jobs increased by 72,000 in October, or 0.99 percent over the previous month. This is the largest increase in jobs since June, when 159,000 jobs were added. The three-month average between July and September was 35,000 jobs, or a 0.41 percent month-to-month change. Even with the latest increase, jobs remain 306,000 below the pre-pandemic February peak.

As Figure 1 shows, residential housing is pushing construction job growth in the South and West; though lockdowns in the West in April may have had an impact on construction.

Manufacturing jobs increased by 33,000 in October, or 0.27 percent over the previous month. The three-month average from August to October was 41,000 jobs, or a month-to-month 0.34 percent change. The pace of growth in the sector has been slow, as it remains 626,000 jobs below the pre-pandemic February peak.

Missouri, Michigan, and Illinois had the largest net decreases in manufacturing with -5,700 (-2.12 percent), -1,500 (-0.26 percent), and -1,100 (-0.20 percent) jobs, respectively. For Michigan, this may be a blip, as the state has seen consistent growth in the sector since May. An analysis of growth by manufacturing subsectors is necessary to see what’s going on, overall. The Quarterly Census of Employment and Wages, which has employment and wage data by state and county, only goes back as far as June, but preliminary data show no net losses that month for all subsectors. Also, considering most of the country is a mess in terms of coronavirus infection rates, it’s difficult to know what is being affected and what isn’t without doing a deep dive into the data.

Mining and logging jobs increased by 2,000 in October, or 0.32 percent over the previous month. The three-month average from August to October was 1,000 jobs, or a month-to-month 0.16 percent change. This is an about turn for the sector, which has lost 112,000 jobs over the last 12 months (or -15.24 percent). The November numbers are already out, and they show an increase of 1,000 jobs. Initially, one would think that growth in construction could be linked to growth in logging jobs, but it’s actually the mining sector that is creating jobs. Logging jobs increased by 100 in October, while mining experienced an increase in 1,600 jobs. According to data from the FED, mining output fell by 0.6 percent in October, with oil and extraction seeing a decline after gains in September. This is evident in the coal mining job numbers, which decreased by 1,000 jobs in October, or a 2.20 percent decrease from the previous month. But it’s not clear what is pushing mining jobs for the last two months after such a long period of decline.

This is a decent report for construction, but spoiler alert, we already know that things don’t get better in November. As Dean Baker wrote in CEPR’s latest Jobs Byte, it’s highly likely December will be worse. Public health officials have been warning all year that if we didn’t take steps to reign in community spread, the US would have a long, hard winter ahead of it. We’re well past that point. This blue collar jobs report might be the best update we have for a while.