The Cost of Coal 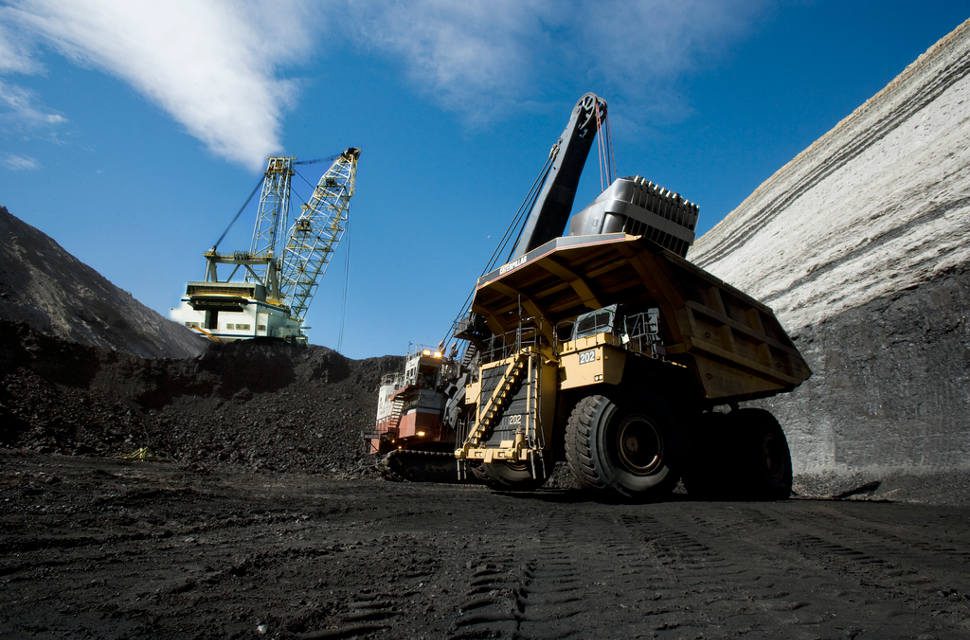 Coal mining is shifting away from underground mining, which is more labor intensive, to surface mining.

Measures that perpetuate pollution and habitat degradation are — you guessed it — harmful to wildlife (and other living things). Just two days after the president’s rant, his Environmental Protection Agency (EPA) released a report that details the estimated effects on human morbidity and mortality rates resulting from the proposed policy changes. The EPA estimates that, by 2030, the resulting increase in airborne pollutants could lead to up to 1,400 more premature human deaths annually.

Environmental concerns aside, Trump is at least propping up coal to support workers, right? Trump has promised citizens of industrial belt states such as West Virginia that he will bring back the boom days of coal and the high-paying, blue-collar jobs with it. But how realistic is such a pledge? From January 2012 to January 2016, the number of coal jobs dropped from 89,300 to 55,400 and, since Trump came into office, the number of coal jobs has remained relatively steady.

Trump’s policies may stem the decline of coal in the short-term, but one must consider whether these returning jobs are of the quality miners have come to expect. To be clear, labor standards for coal workers have never been sufficient, as mortality from respiratory conditions like black lung are a prevalent occupational hazard. This is not likely to change, as worker bargaining power continues to decline. Further, worker protections are eroding as the ratio of contract workers to employees has been increasing. National data from the Mine Safety and Health Administration (MSHA), pictured below, depict a long-running trend of contract workers slowly becoming a larger percentage of the coal workforce. 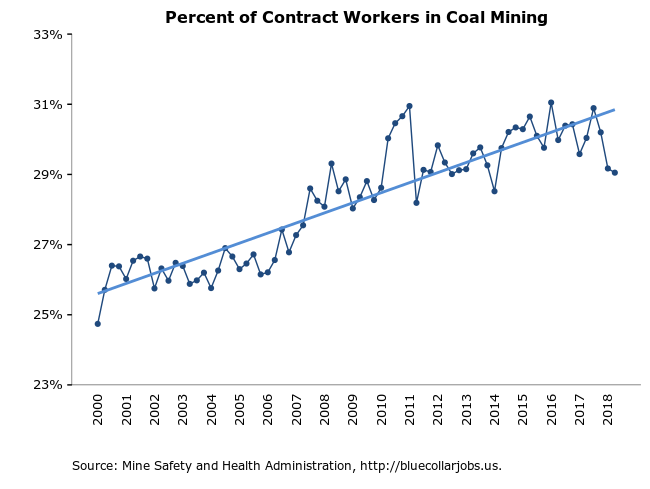 The West Virginia Center on Budget and Policy’s analysis of the EPA’s report projects a decline in coal production over the next 20 years and concludes that Trump’s new guidelines will do little to help West Virginians as natural gas and competing coal basins make West Virginian coal less viable. Other coal-producing states face similar challenges. This is simply a reality of the changing energy profile of the United States. Increasingly, Americans draw electricity derived from natural gas and renewable energy sources. The Trump administration has proposed actions to fight against these structural changes by subsidizing coal or even forcing utilities to buy coal power.

Is increasing the number of coal jobs worth polluting the ecosystem and worsening job quality? Instead of bending over backward to save a dying industry, it may behoove the current administration to show good faith to its supporters and promote job retraining programs and job growth in struggling communities.