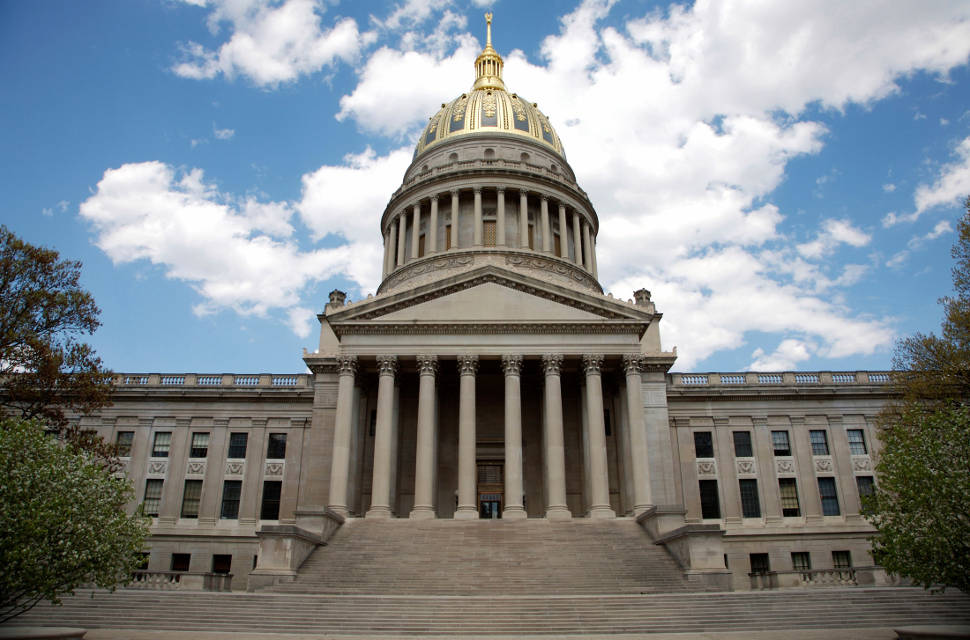 This article was originally posted at the Charleston Gazette-Mail. You can read the original here.

Over the last few months there has been a flurry of op-eds and articles from big corporations and Republican lawmakers arguing that state budget cuts and low-wage policies like “Right-to-Work” are resulting in a booming economy in our state. Some have gone so far to say West Virginia is “America’s Comeback Kid.” West Virginia’s economy is growing in some sectors — most notably natural gas — but it is performing poorly compared to other states and has yet to recover from the Great Recession that begin more than 10 years ago.

Let’s dig into the numbers.

First, let’s look at our economic recovery from the Great Recession, which began in December 2007 and officially ended in June of 2009. Altogether, West Virginia has about 9,000 fewer jobs and has seen its labor force shrink by 34,000 from December 2007 to June 2018. Only one other state in the country (Wyoming, another energy state) has had slower job growth over this period. West Virginia also had a larger reduction in its workforce than any other state.

The state’s economic growth – or change in real (inflation adjusted) Gross Domestic Product (GDP) – was about 9.1 percent from 2007 to 2017, less than 1 percent annually, compared to the U.S. average of 13 percent. Meanwhile, West Virginia is one of 13 states with an unemployment rate higher today than at the start of the Great Recession. As of June 2018, West Virginia had the third highest unemployment rate in the nation at 5.3 percent. 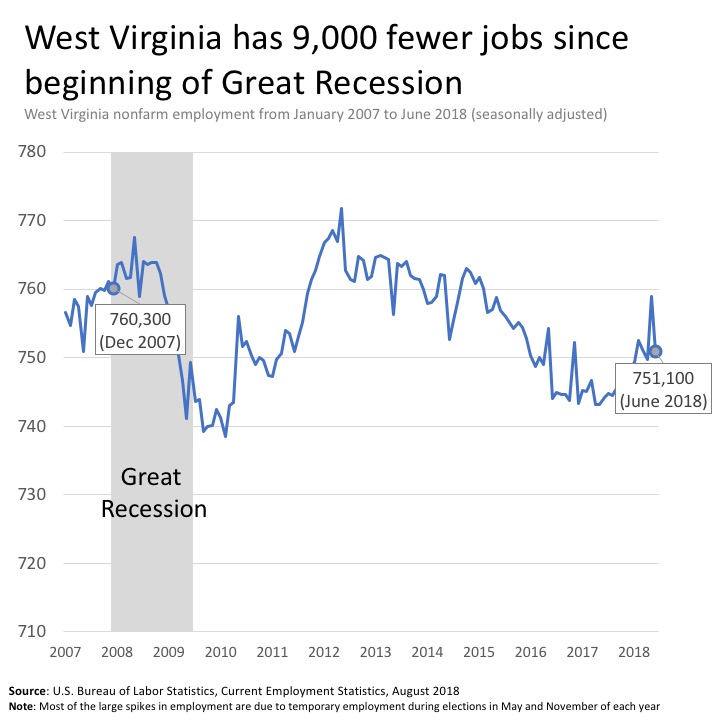 West Virginia’s real GDP grew by $1.8 billion over the last year. However, $1.4 billion or 78 percent of this growth was from the mining sector that includes natural gas extraction, coal mining, and other mining. The growth in natural gas extraction and metallurgical coal production is not only the central reason for the strong GDP growth over this period but it is mostly likely responsible for West Virginia’s relative strong earnings growth over the last year.

This means that West Virginia’s politicians can’t really take credit for the growth of the last two years, unless they want to claim responsibility for the jump in world energy prices that gave us $3.00 a gallon gas. The loss of oil exports from Venezuela and Iran has far more to do with recent growth than the end of “Obama’s war on coal”

While state and local public policy can impact economic growth – especially over the long-run (think infrastructure, education, higher education) – its effects are typically small in the short run outside of a burst of deficit spending (which has to be paid back over the medium-run) or a big infusion of federal money. For example, the expansion of Medicaid to working adults has increased federal spending in West Virginia by $900 million per year while the Trump tax cuts — that mostly go to the wealthy — will cut taxes by over $1 billion per year in West Virginia.

Other factors that play a big role in state economic growth are climate, proximity to national markets, energy prices, the availability of raw materials and natural resources, and the composition of each state’s economy. The state is also largely at the mercy of national and global economic trends, such as economic recessions caused by housing and tech bubbles, or tight monetary policy through interest-rate hikes. Most people and businesses look for a good quality of life, sound infrastructure, world-class schools, and a place where they can make money.

While jobs and our labor market are beginning to rebound, it is important that we have a clear understanding of the evidence and data before asserting that state or federal policies over the last several years are responsible for the recent economic growth. West Virginia’s economy still has a long way to go before it gets back to where it was over a decade ago and most of our economic growth is tied up in volatile industries where the benefits largely go out of state and the work is insecure.

Over the last decade, most West Virginia households have seen no income gains from the state’s economic growth. If policymakers want to grow the state’s economy so it benefits everyone, not just a few, they will need to put more money, power, and skills in the hands of working families. This could include targeted tax cuts for low-income families, investing more in higher education and public broadband, raising the minimum wage, paid sick days for all, using severance taxes to build a sustainable future, and creating a paid family leave program. These policies not only keep more money inside our state, but they also provide a foundation for broader growth and prosperity.

Ted Boettner is the Executive Director of the West Virginia Center on Budget and Policy and Dean Baker is a Senior Economist at the Center for Economic and Policy Research in Washington, DC.