Despite What the Director of the EPA Says, We Have Not Had a Boom in Coal 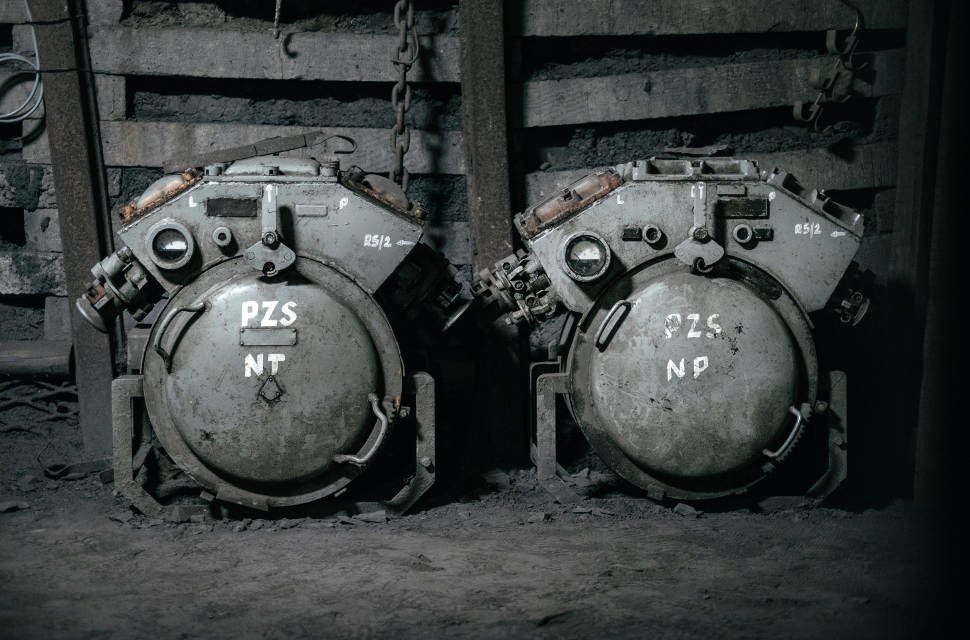 Over the weekend, EPA chief Scott Pruitt made the rounds of the Sunday shows talking up the yuge increase in coal jobs we have seen in the last few months. Problem is he was pretty far off base, claiming that there were 50,000 new coal mining jobs so far this year. Responding to a clip on the inexorable decline of coal jobs, Pruitt said on Meet the Press:

“Dead wrong. Because the numbers show exactly the opposite in fact since the fourth quarter of last year to most recently added almost 50,000 jobs in the coal sector. In the month of May alone, almost 7,000 jobs.”

Nevertheless, Pruitt tripled down on the falsehood by saying pretty much the same thing on This Week with George Stephanopoulos, and Fox News Sunday.

The reality is that there were 51,000 total coal jobs as of May of this year. And while employment in mining has been on the decline for years, the recent uptick was small. The 400 new jobs in coal mining this month are a far cry from 7000. In fact, over the first three full months since President Trump took office, coal mining has only gained an additional 700 jobs.

Coal mining has declined so much, that the Bureau of Labor Statistics only tracks monthly employment in coal mining in three states since the number of coal mining jobs in other states is so small. Even in these three states, there have been drop-offs in coal jobs over the last decade. 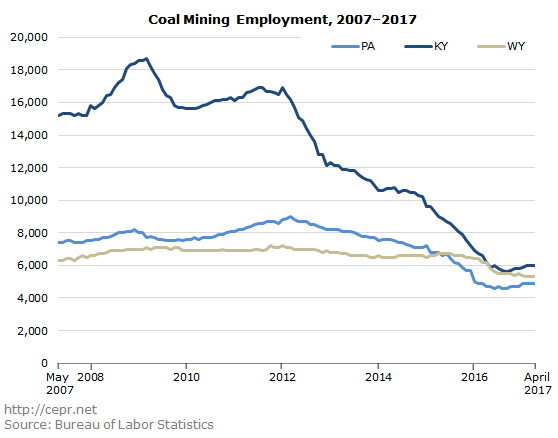 Over this same period of time coal mining jobs as a share of total employment has been well under 0.1 percent in Pennsylvania, 1.0 percent in Kentucky, and around 2 percent in Wyoming.

If we look at the map below, we can see that there is little reason to believe that coal is about to come roaring back. While the BLS does not track coal mining for states other than the three above, there is data on mining and logging. The map below shows a three-month moving average percent change in this sector over the first three full months of the Trump presidency. Even with the addition of oil and gas, we see that there has not been a massive increase in jobs.

This is not to say that blue collar jobs are a relic of the past. Rather, there are other industries that might be more viable. For instance, a Department of Energy study from earlier this year showed a 25 percent increase in the number of jobs in which people worked at least half or part of the time in solar energy. Many of these jobs involved manufacturing solar panels or installing them. If the focus of the administration is to grow employment particularly in blue collar jobs, they may have better luck looking in areas other than coal mining. Or at least, they might consider citing data a little more firmly rooted in reality.