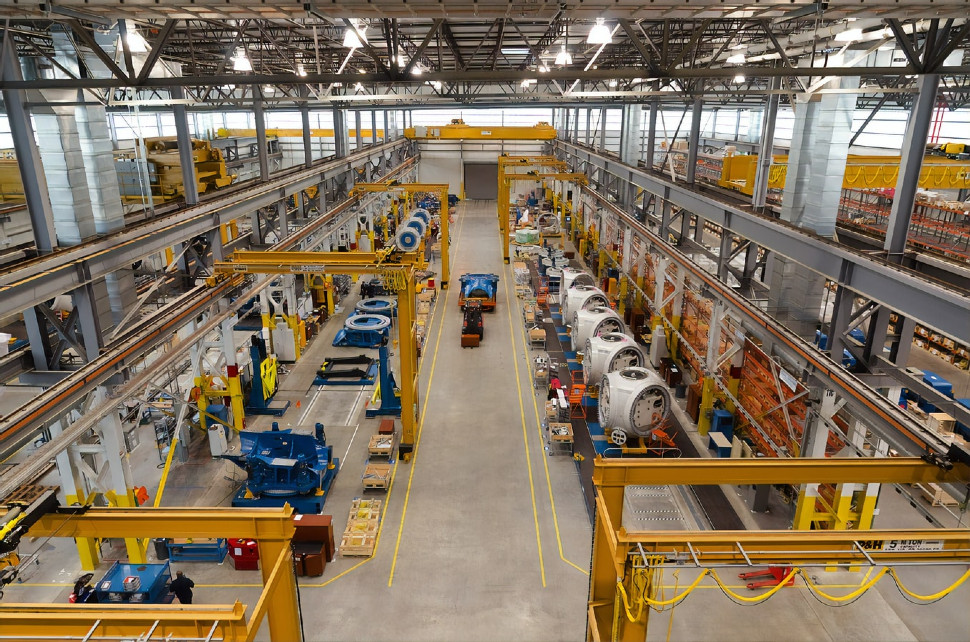 Employment in construction, manufacturing, and mining and logging increased by 93,000 jobs in September, or 0.47 percent over the last month, according to the latest numbers from the Bureau of Labor Statistics. The three-month average, from July to September, was 68,000 jobs, or a 0.34 percent change month-over-month.

In the Midwest, manufacturing jobs increased by 14,500, or 0.38 percent over the previous month. Michigan experienced the largest increase in jobs last month, with a net gain of 5,200 jobs (or +0.93 percent over the previous month. The state is still 56,900 jobs below its pre-pandemic February peak. While the growth in manufacturing jobs is encouraging, it could take Michigan another 12 months to make up losses at the rate set over the last three months (around 5,000 jobs/month, or +1.0 percent month-to-month).

Wisconsin also saw a large net increase in manufacturing jobs, with 4,800 jobs added last month (or +1.05 percent over the previous month). The state is 21,600 jobs below its pre-pandemic peak in February. Illinois experienced the largest net decrease in manufacturing jobs in September, with a loss of 4,600 jobs ( or down -0.82 percent from the previous month). Much like Wisconsin, Illinois is 21,300 jobs below its pre-pandemic peak; however, the net change in jobs in the state fluctuates month to month. Wisconsin and Illinois certainly are not on the same path as Michigan for recovering jobs, but that could change.

Gains in the Northeast and the West were not as great as the South and Midwest. The Northeast experienced a net gain of 8,200 jobs (+0.47 percent), and the West saw a net increase of 4,400 jobs (+0.19 percent). Maine and California made up the bulk of those gains, with 4,700 (+10.73 percent) and 2,600 jobs (+0.21 percent). Manufacturing jobs make up 7.5 percent of the employed in Maine. New York state had the largest net decrease in the Northeast region, with a loss of 1,700 jobs (-0.43 percent).
Unlike in August, when there was a statistically significant difference between regional means of net change in jobs, the September data indicate no such significance (p-value = 0.4231). Figure 1 below shows the distribution of changes by region, with dotted lines indicating the average net change. Whether this is the effect of coronavirus cases expanding to Midwest states remains to be studied.

Mining and Logging
Mining and logging jobs increased by 1,000, or +0.16 percent over the previous month. The three-month average from July to September was a net loss of 4,330 jobs, or a -0.7 percent month-to-month change. Texas and Nevada had the largest net gains in jobs, with increases of 1,300 (+0.69 percent) and 1,100 jobs (+6.92 percent). Louisiana and West Virginia had the largest net losses, with decreases by 1,000 (-3.45 percent) and 700 jobs (-3.59 percent). If you look at the sectors since the Great Recession, as Figure 2 shows, logging jobs have seen little growth, while growth in mining has been a lot more irregular. (Note the mining sector is an order of magnitude larger than logging.) The current recession has had a disastrous effect on these industries.

This is the last update before the election, so it’s important to point out what these numbers show and what they don’t show. If we weren’t in the middle of a pandemic, this would be a fairly positive report (aside from mining and logging). Jobs continue to creep up in the construction and manufacturing sectors. What makes it less positive is the fact that many of the states are still recovering from massive losses earlier in the year, and it will take time to recover those jobs based on the current rate that jobs are being added. What that doesn’t take into account is the rough winter we have ahead of us, according to many public health experts. In October, coronavirus infection rates have reached highs only previously seen in August, and flu season hasn’t started. More statewide lockdowns are likely, which could result in the same losses we saw in April.