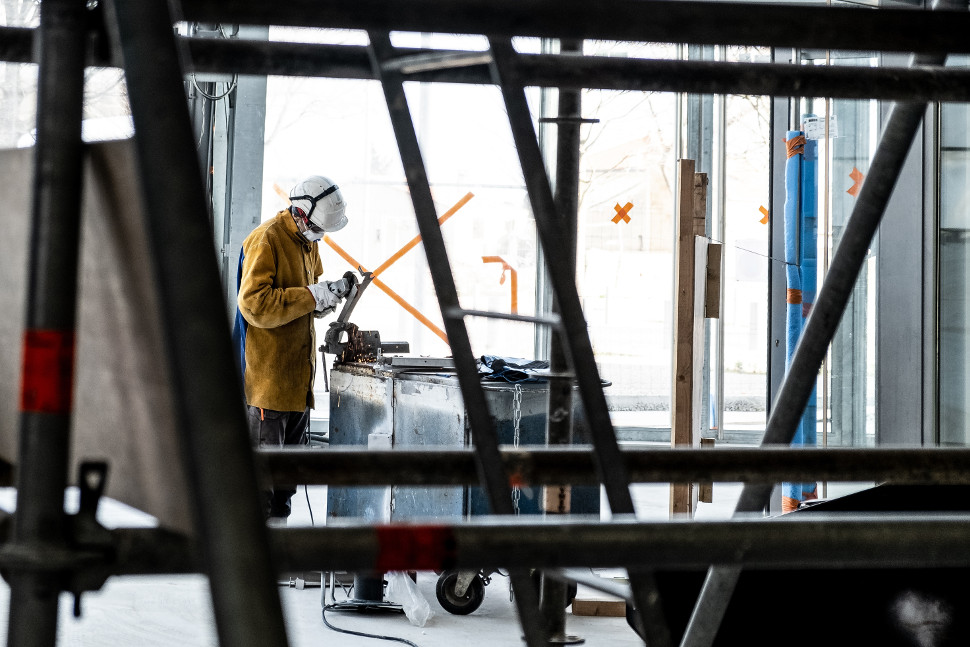 Employment in construction, manufacturing, and mining and logging increased by 669,000 or 3.58 percent in May. This is largely a reversal of declines in April, when states were either continuing or slowly lifting stay-at-home orders due to the coronavirus pandemic. But not all states recovered in May.

Pennsylvania saw the largest recovery with an increase in 77,400 construction jobs, a 48.86 percent increase over the previous month. The state is still 30,400 jobs below its pre-pandemic peak in February, but we could see those jobs return in the next couple of months. COVID-19 cases have been declining in the state, but there’s always the possibility of a second wave that can reverse any gains.

California, New York and Michigan followed Pennsylvania with net increases in 75,000, 57,700 and 50,500 jobs, respectively. Those states, however, still remain 75,000, 110,100 and 33,500 jobs below the February 2020 peak, respectively. Of these states, it will be interesting to follow what happens with California in the coming months. COVID-19 cases have been rapidly increasing in the state, especially in Southern California.

Only a handful of states saw a drop in the construction sector, and the losses are so small that they could be revised to a gain in the next month. North Carolina experienced the biggest net loss in May with a drop in 400 jobs, a 0.18 percent drop from the previous month, followed by Iowa and North Dakota with net losses of 300, -0.43 percent, and 200, -0.72 percent, respectively.

Last month, we mentioned that South Dakota was the only state in April to experience a net increase in construction jobs. That remains true with the revised numbers, and the increase was adjusted upward, from 500 to 600 jobs. In May, construction jobs increased by 400 in the state. The sector is 6 percent of those employed in the state, but it’s worth noting because South Dakota was the only state to oppose lockdown orders as well as business closures.

Oregon and Arizona led the states with the largest losses in the sector, with net losses of 4,900 and 2,600 jobs, respectively. Last month, we mentioned Arizona and other western states because the region had the fewest losses in the manufacturing sector. In Arizona, this was due to the state’s flexible guidelines on essential businesses as well as the fact the state reopened businesses only a month after shelter-at-home guidance was put in place. In May, the number of COVID-19 cases increased by 11,974, 1,795 Arizonans were hospitalized and 576 died.

Oregon is a little more complicated because the state still has restrictions in place for residents, but some counties have reopened. Of the metropolitan areas tracked by the BLS, the Portland-Vancouver-Hillsboro region was the only area to see a loss in manufacturing jobs, a net decrease of 3,800, a 3.1 percent drop from the previous month. Multnomah County, where Portland is located, is just entering Phase 1 of reopening, but the number of confirmed cases per 1,000 people at the end of May was 1.43. Eugene-Springfield, Salem and Corvallis actually saw small increases in manufacturing jobs, with net increases of 500, 400 and 100 jobs respectively. These counties are currently in Phase Two of reopening, but Marion County, where Salem is located, had a higher number of confirmed cases, 2.76 per 1,000 people at the end of May, than the Portland area. It’s clear that the coronavirus may not be affecting job growth everywhere in the state.

Michigan, Pennsylvania, and Tennessee led states with largest increases in manufacturing jobs, with 33,700 (7.61 percent increase), 24,600 (4.91 percent increase) and 20,300 (7.01 percent increase)  jobs respectively. Combined with the increase in construction jobs in Michigan, this may sound like good news, but Michigan is still 147,100 jobs below the February 2020 peak in manufacturing. The same news applies to Ohio, which saw a 19,000-increase in manufacturing jobs (a 3.15 percent change) in May but still remains 78,300 jobs below its February 2020 peak and 140,400 jobs below the peak before the Great Recession. In the Midwest and Northeast, states are still recovering from the Great Recession and Trump’s trade antics, so any gains should be viewed in that context.

In fact, the NAM Manufacturers’ Outlook Survey released at the end of May reveals a grim prediction for the sector, with only 33.9 percent of manufacturers responding they have a very or somewhat positive outlook for their firm. According to NAM, this is the lowest this response has dipped since the first quarter of 2009. In Figure 1, you can see the effect Trump’s trade policies have had on outlook even before the pandemic started.

Texas experienced the largest loss in mining and logging jobs, with a net decrease of 14,600 jobs, a 6.85 percent drop from the previous month. North Dakota and Wyoming also experienced large drops from the previous month, with net decreases of 2,400 and 1,900 jobs or -13.64 percent and -10.44 percent respectively. Jobs in the mining and logging sector make a greater share of the employed in North Dakota (4.16 percent) and Wyoming (6.07 percent) than in Texas (1.69 percent). Considering the trajectory pre-pandemic, it’s hard to imagine these jobs returning anytime soon.

While May was certainly better than April’s report, there are still problem areas in the country, and on top of that, epidemiologists have been warning of a more disastrous second wave of coronavirus to coincide with flu season this fall. With states right now focusing on reopening, despite evidence showing that’s risky, it’s not hard to imagine us going through another report like April in the near future. But this time, it will be because businesses may not have a healthy workforce to keep operating.