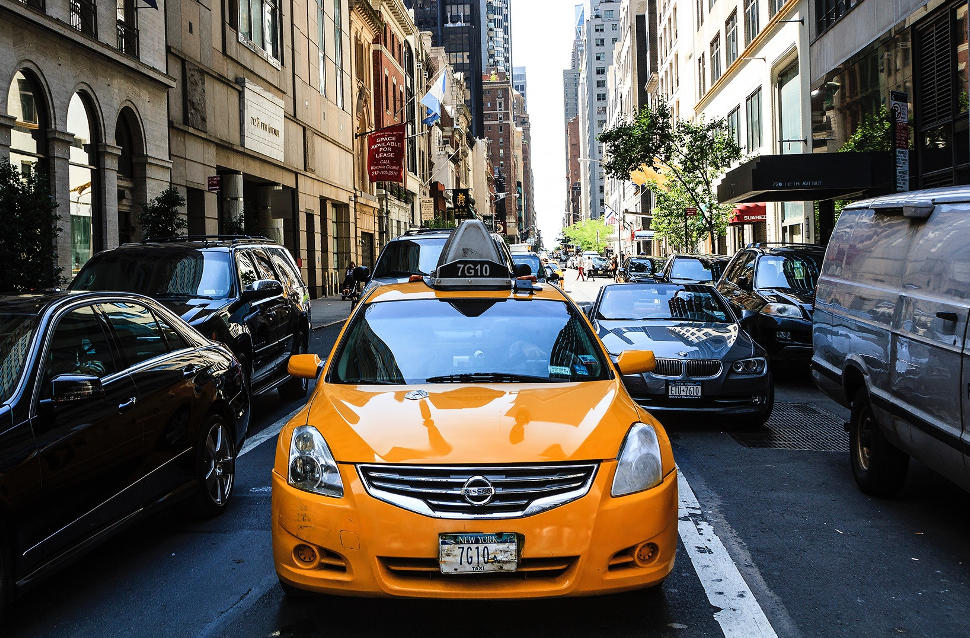 Today is Black Women’s Equal Pay Day, the day when a black woman’s pay catches up to the average white man’s 2016 pay, for those with high school degrees. This means that a black woman would have worked until nearly August 2017 in order to reach parity for 2016. This gap persists at all education levels. While the reasons behind wage gaps in general are contentious, different kinds of discrimination are likely significant factors.

In March of this year, Center for Global Policy Solutions released a report on the labor market for driving occupations. The report found that some driving jobs could be “good jobs” and that they provided wage premiums for some groups of people.

Table 8 from that report (below) gives the breakdown of annual wages by occupation versus race and ethnicity and gender. There are some good and bad aspects for black women in the results. Black women have a modest driving premium — they, at the median, make $4,000 more in driving occupations than non-driving occupations. In some cases, black women make more than white men and women in various categories, for example, as bus drivers.

While driving jobs have a different landscape than the labor market as a whole — and black women have gains in some areas — it is clear that wage gaps persist. 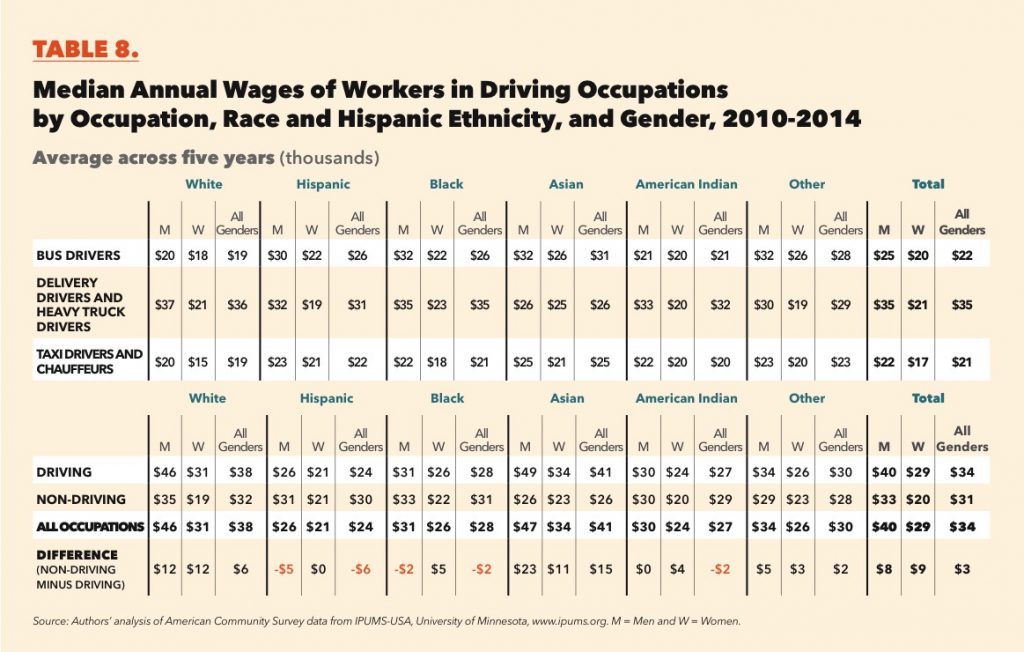