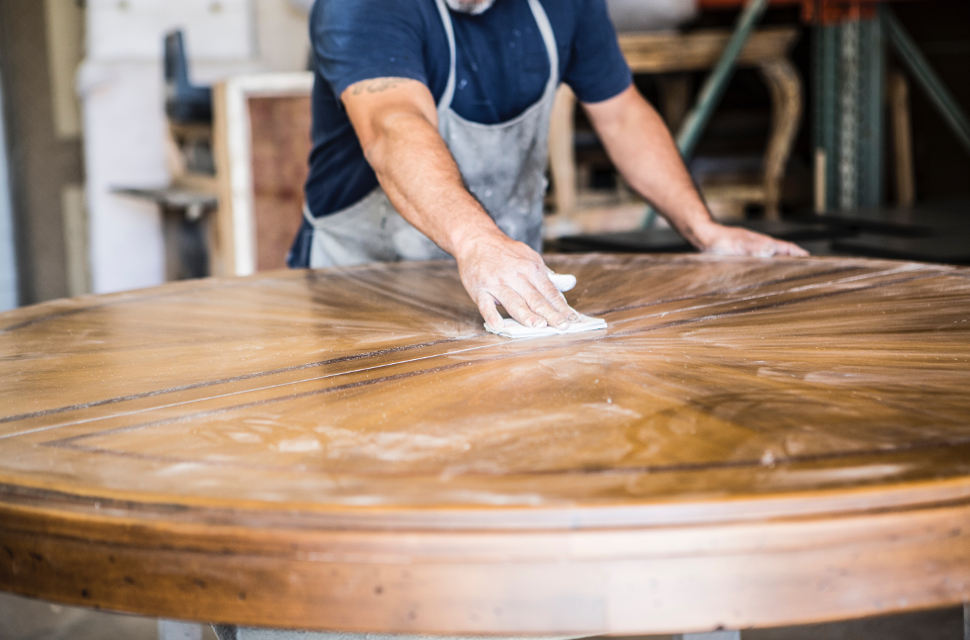 Overall job growth in blue collar jobs was modest in April, growing by 21,000 from its March level. Manufacturing added 6,000 jobs, construction 5,000 jobs, and mining 8,800, the vast majority of which were in support activities. Several states saw significant losses in the construction and manufacturing sectors in April, with some of the biggest losses occurring in rust belt states.

In percentage terms the biggest losers were Alaska, which saw job loss of 4.1 percent (500 jobs) compared to March, followed by Montana at 1.4 percent (300 jobs) and Kentucky at 1.1 percent (2,900 jobs). The largest percentage gains were in Rhode Island where manufacturing employment was up 2.2 percent (900 jobs), Idaho with an increase of 1.8 percent (1,200 jobs), and Maine which saw its manufacturing employment increase by (1.4 percent (700 jobs).

We can now look back at three months of data since President Trump took office. While the impact of his administration on job growth is almost certainly minimal over this period, we can at least see some trace of its footprint.

While growth in the construction sector overall was tepid at best, some states did see substantial growth over the last month. Connecticut, New Hampshire and Nevada saw the largest percent increases at 4.7 percent, 3.7 percent, and 3.3 percent respectively.

Among rust belt states, only Wisconsin showed positive growth with a gain of 1,500 jobs. By contrast, Texas saw job loss of 1.4 percent (-10,300). It should be noted that March saw a substantial increase in construction jobs and the percent change average over the last 3 months is 0.1 percent. The other significant losses in the sector include declines of 3.4 percent (7,400 jobs) in Ohio and 2.1 percent or (4,500) in Illinois.

The mining and logging sectors grew overall, adding 10,000 jobs nationwide. Once again this was led by support activities for mining (6,700 jobs) and oil and gas extraction (1,000 jobs). The only rust belt states to see any change in employment were Michigan with a 2.7 percent increase, New York at 1.9 percent, and Pennsylvania at 0.4 percent.

Though the economy as a whole saw a healthy gain of 211,000 in April, the construction, manufacturing and mining and logging sectors made little contribution. These blue collar jobs, once the drivers of the rust belt economy, were a mixed bag at the state level with little aggregate growth in April.